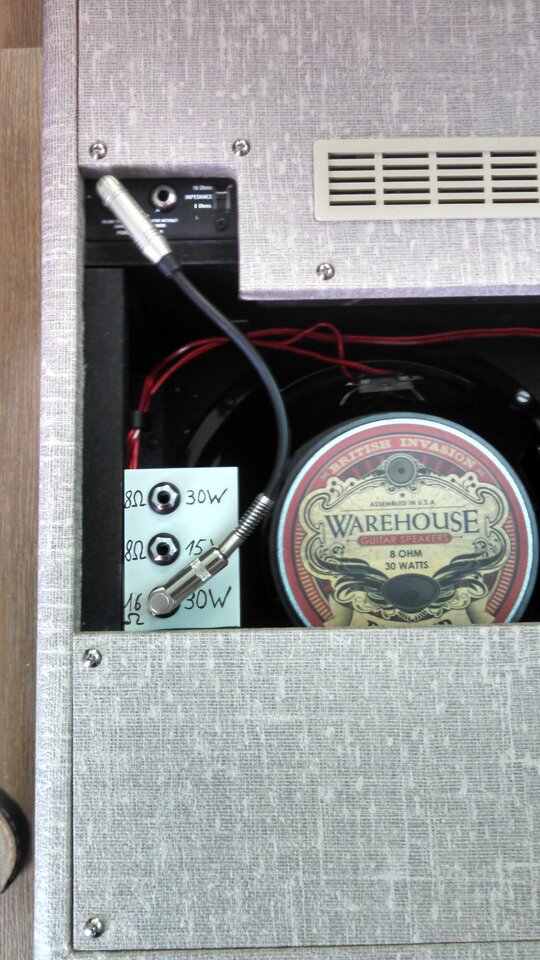 Our AC30s have two speakers. But there are certain situations you may wish to use only one, Maybe you have two different speakers (like me) and you like to have the option to use them separately because of recording someting, drive one speaker harder or just for tonal variation or to reduce the sound pressure in small venues while playing with your band. As you see there are many reasons why it can be suitable only to use one of your speakers, For me, I have a Celestion Blue and a WGS Reaper in my AC30HW now, it´s a good option I can choose if I like.


I like to show you how easy you can modify your AC30 without destroying it and with a little knowledge in wood and soldering to achieve this new feature. As the AC30s a different, I will describe my method which can be used with every AC30 that has the ability to change between 8 and 16 Ohms.

So that you know what I mean, here is a picture of the complete mod. I´ve just added three new jacks and soldered the speakers in a way that you can switch the speakers by connecting the cable to the one you want. It needs less modification on the cabinet itself, so you easily can unmod the AC30 if you wish to sell one.

Now lets begin with this modification.


1. These are the components you need: 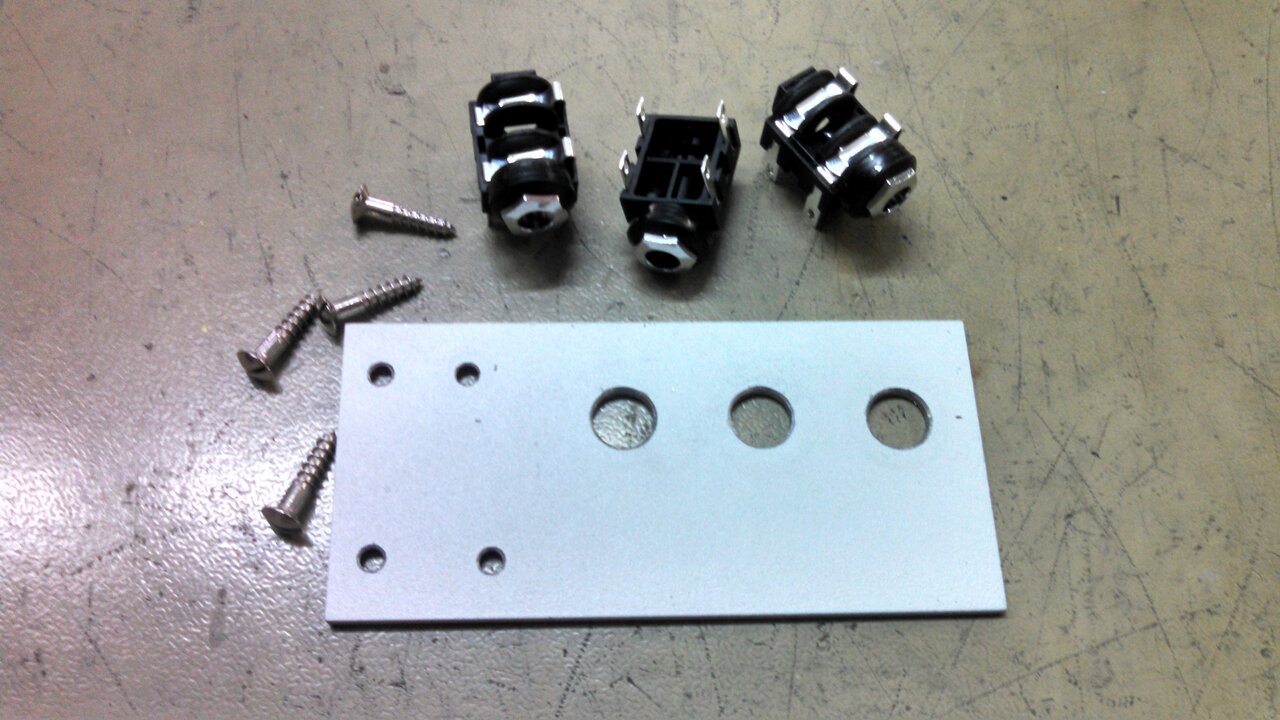 2. Measure the places where to dril the holes on the plate.
First the big ones for the jacks. Note that the jacks need some space, I drilled every 15mm. Then the holes for the screws you need to fix on the cabinets back.

3. Mount everything
on the plate and measure where to fix it on the cabinets wood. Take the rubber beween wood and metal plate and have a look that the fixed metal plate does not touch the side of the cabinet. This leads to unwanted vibration and noise, even with a 3mm thick plate I use. Drill smaller holes on in the wood before you put the screws in. 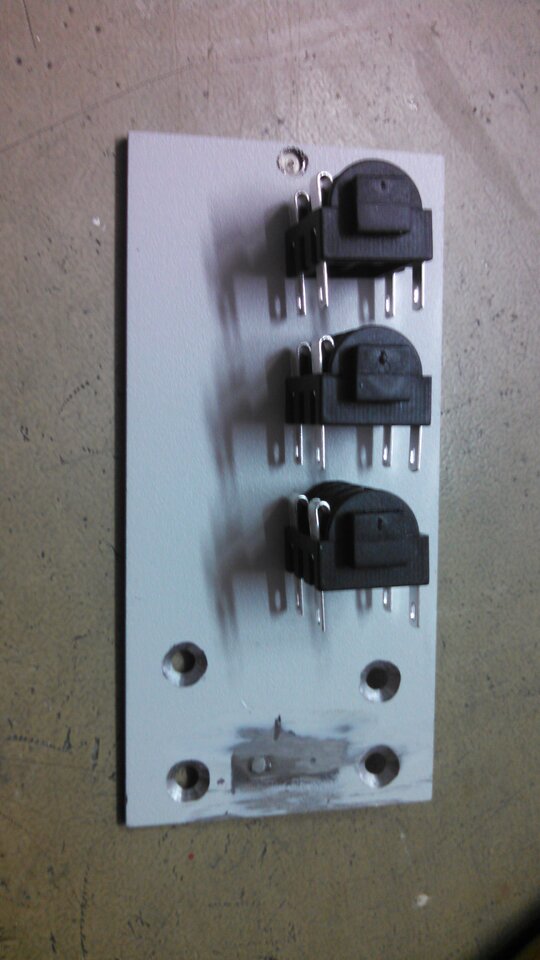 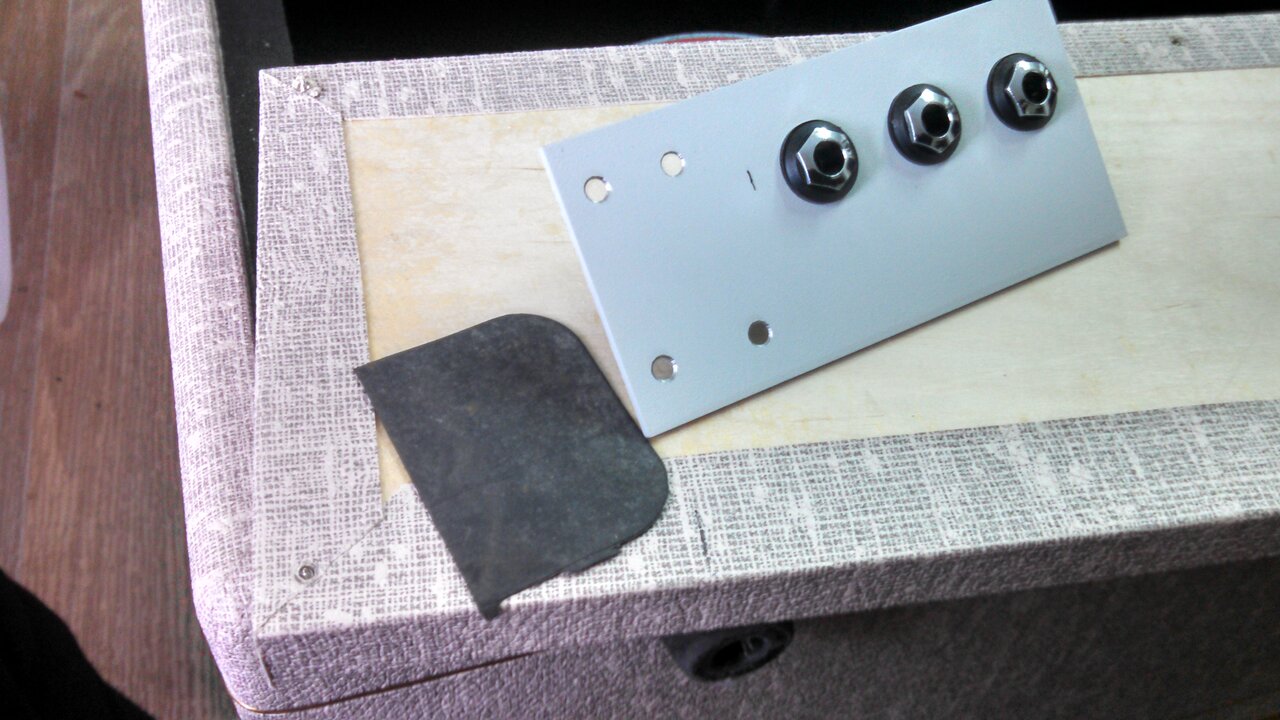 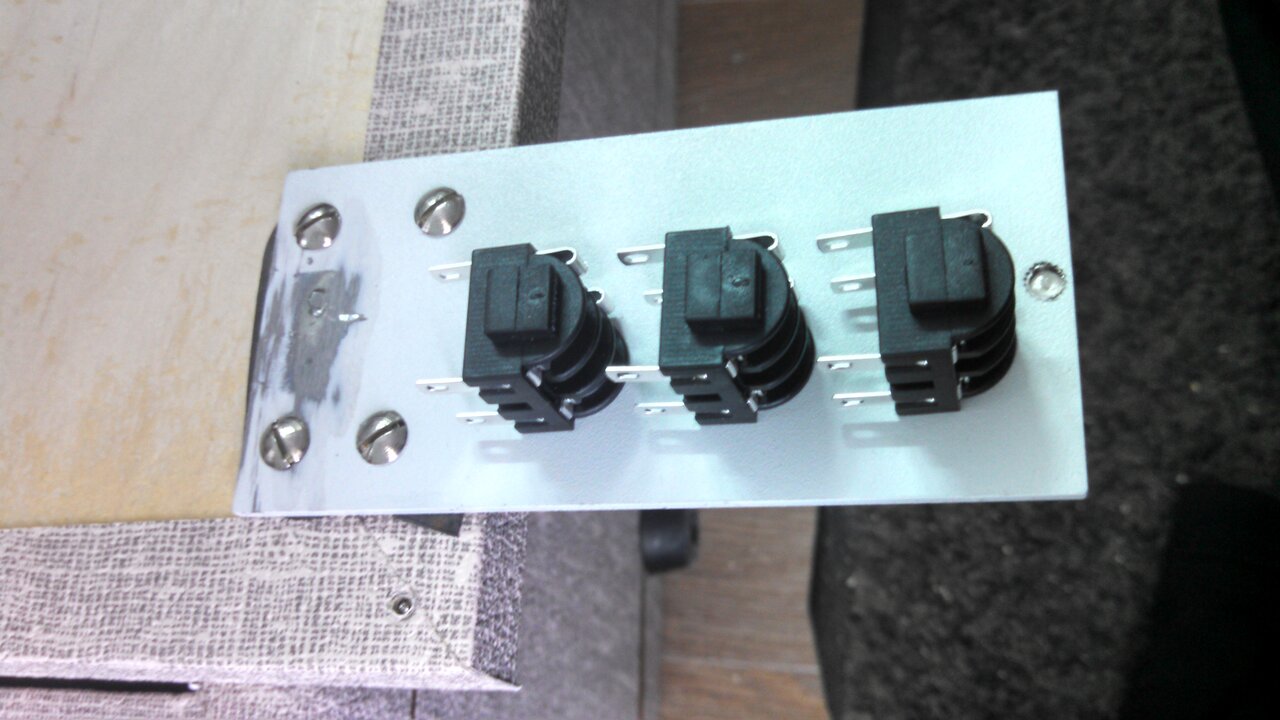 4. Soldering
Start to solder the jacks. If you´ve mounted them in the same direction you now have one side with the switch (left to connect the speakers) and the other side. As you can see on the picture, we now solder the right side. Take the hot from jack 1 and solder it to the left side of jack 3 (hot). Take the ground wire from jack 2 and solder it to left side of jack 3 (ground). Now solder the ground from jack 1 to the hot of jack 2, both on the right side. If you now plug in in jack 3 you have both speakers wired in series which gives you Speaker 1 Ohms + Speaker 2 Ohms (here 8 + 8 = 16 Ohms). 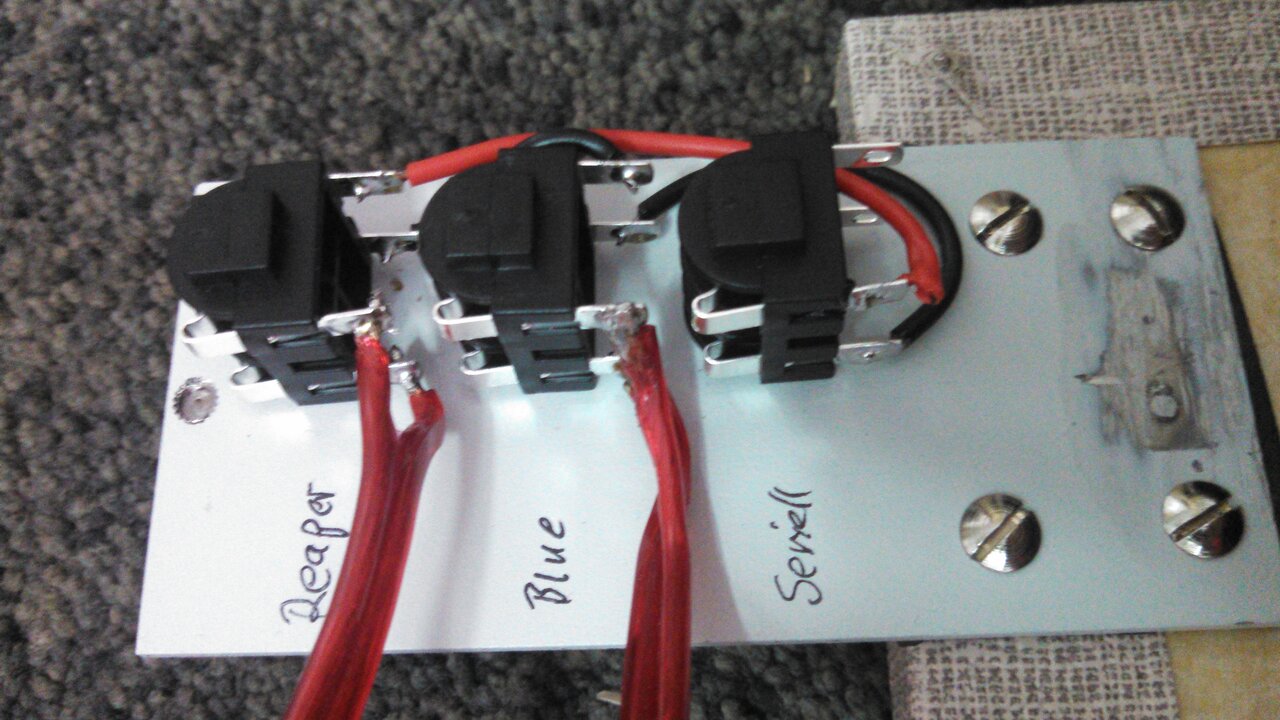 Solder the other ends of the wires to the speakers. I put some paper between to prevent the speakers from tin while soldering. You may fix the cables as you can see on the pictures.

5. Wire
You now need a wire with two plugs to plug in. I used the one that was originally soldered with the speakers, shortened it and bought an additional plug from amphenol because these are as small as the original. 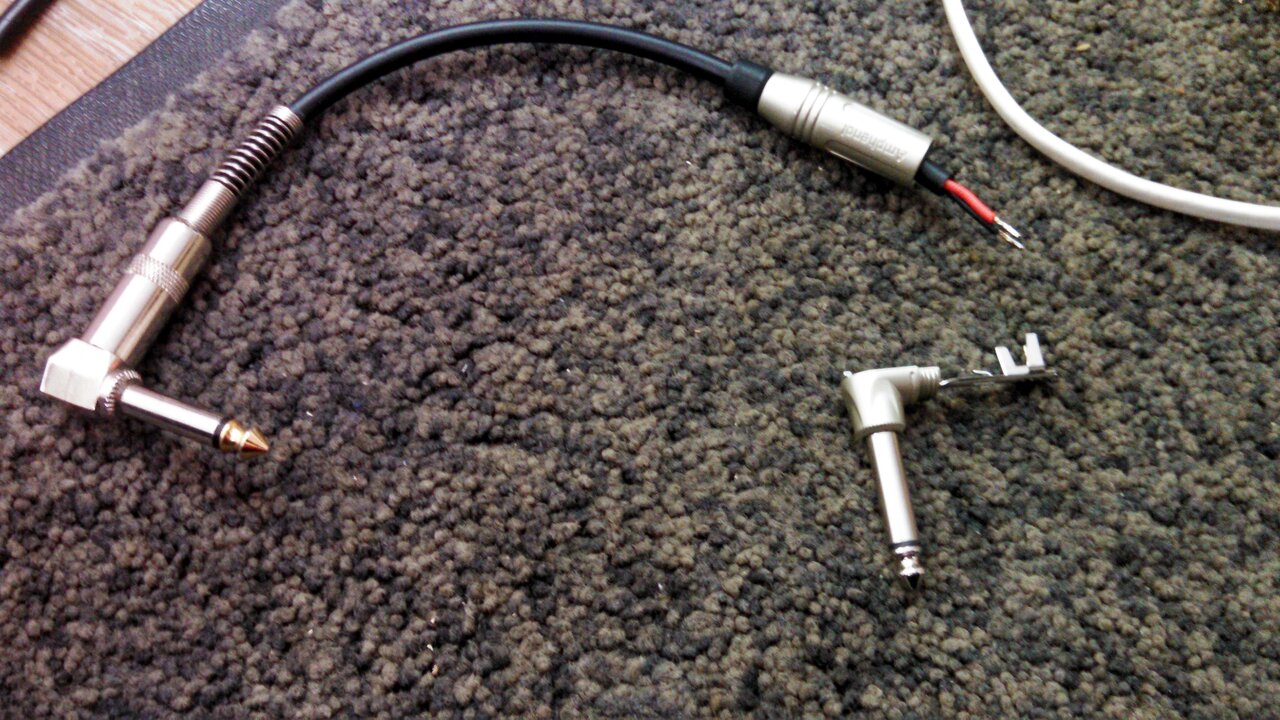 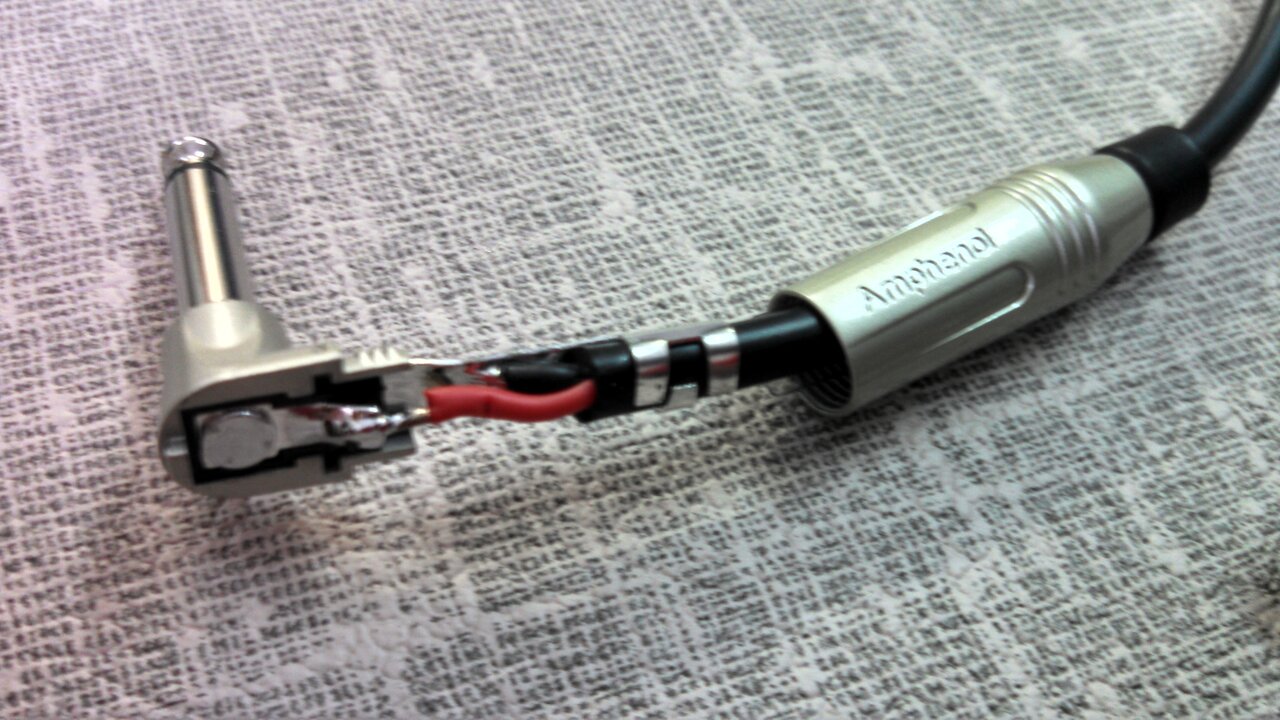 Finish
Now just plug in and do the finishing work then you have your speaker switching option at low price for less than 10 Euro for jacks, plug and cable. Below there are some more pictures for you. 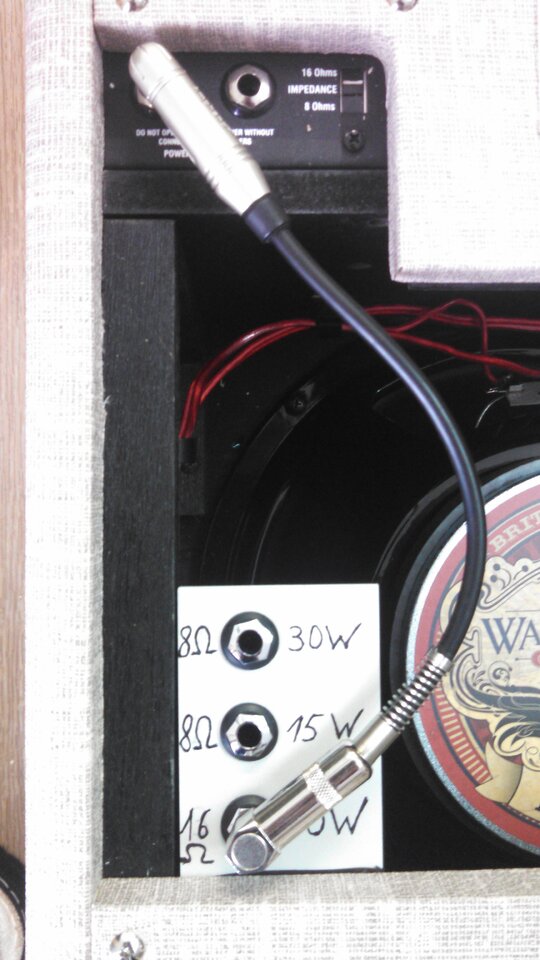 Thanx for this mod. I have a question on the wattage you wrote on the outside of the mounting plate. Is this purely based on the power rating of your specific speakers? How do you control that the amp does not blow the 15Watt speaker?

The power rating is based on the specific speakers. If you use both speakers, you get the power rating when you double the wattage of the lowest speaker. E.g. 15w andren 75w will be 30w together.
You cannot be sure not to blow it, but I use the amp only in 15w mode when I use this speaker alone. But shure this mode may provides 17w or something, but the speaker wattage in real is maybe 18 it 16. I just do not turn it up fully (for too long). Nur I never have blown a speaker

Ok thanx. Then obviously you have to switch your amp impedance to 8 ohms when you are only running one speaker.