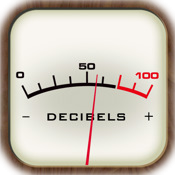 The AC30 is loud. Actually, it is very loud. While there are still many questions along the boards wheather an amp with "only" 30 watts is loud enough for band/gigs, we may remark that watts are not a measure for volume. Either way, yes, an AC30 is loud enough for nearly any application and easily competes next to a 100 watts Marshall stack.

You may have already noticed that the AC30 sounds best when cranked. When we get the chance to play an AC30 at higher volumes, we realize there is a certain sweet spot in terms of breakup, punch, chime and overall musicality which just sounds very good. Unfortunately, this sweet spot usually will be too loud for most situations. And when you get the opportunity to play in a really huge location, there is a PA so you get mic'ed anyway. Finally, it may be a good idea to take care of your ears from time to time if you don't want to end up deaf like some of our old guitar heroes.

Sure, most amps tend to sound better at higher volumes because there is more punch, more air moving and such. But for an AC30, there are also other factors that contribute to the great sound than just the physics of increased air movement. For example, there is the power amp breakup which adds a lot of it's own flavor to the sound. Moreover, many models of the newer series are featuring master volume which turned out to be a very practical feature. However, chances are that a master volume set to lower values does not really provide the real deal in possible sound quality. Instead, in the worst case, it may decrease punch and chime and cut your sound in an unpleasant way.

In the last time, as a result of many good amps being very loud, low wattage amps have become quite popular. Such amps are a nice thing and can sound very cool. However, an AC4 won’t give you the same sound as an AC30. If you want the real deal, you need the real deal. Even an AC15 that sounds very similar to an AC30 won’t give you exactly the same sound as an AC30. And what about modelling? Sure, it may give you a decent sound at low volumes, but what about the feeling? What about the touch sensitivity, dynamics and response? So, that's why most players still prefer tube amps. But what can we actually do to achieve a great and original AC30 tone at lower volumes?

A common approach to play amps cranked at lower volumes is the use of an attenuator (also called power soak). An attenuator is plugged between the amp and the speaker and attenuates the amps output signal. Depending on the quality of the attenuator, the result may be quite pleasant within a certain range of attenuation. A typical rule is: The more volume you attenuate, the more suffers the sound. An attenuator might be a perfect choice to tame a bit of volume, but it won’t turn a loud amp into an equally sounding bedroom pet. Unfortunately, attenuators have some disadvantages. First, tubes are running very hot because you push your amp harder than you would do normally, which shortens tube life. Second, the attenuator flattens the output signal to a certain degree. Thus, it may be harder to achieve a solo-boost that really cuts through the mix with an attenuator because any boosts are also flattened. Moreover, especially concerning live situations, an attenuator means another additional piece of gear that you will have to carry around. And if the cable is not plugged in, you may find yourself in a situation running your amp with no speakers attached so that the amp may get damaged. Above all, as already mentioned, the more the attenuation, the higher may be the loss in sound quality. In summary, attenuators do a good job, but they have some straight disadvantages and high quality attenuators are also quite expensive.

Power Scaling on AC30CC
Fortunately, there is another option to tame very loud amps like the AC30. It's the London Power Scaling modification which enables continuous adjustment of the amps power section and wattage. Therefore, the scaling provides you with a way to control and dial in your personal sweet spot in terms of power amp breakup at nearly any volume you need. Technically, the mod adds a new controller to the amp which scales the power section and wattage. This controller is not simply like a second master volume. It rather adds a second dimension of tone adjustment. If there already is a master volume, the scaling controller has to be used in careful conjunction with the master. For instance, turning your master up and scaling the power down will give you plenty of power amp distortion. Vice versa, at full power you get the same sound as without the modification. In practice, you will find yourself dialing your personal sweet spot with both, the scaling control and the master volume to find just the right sound in between. In a nutshell, this is just a very cool feature on the AC30. 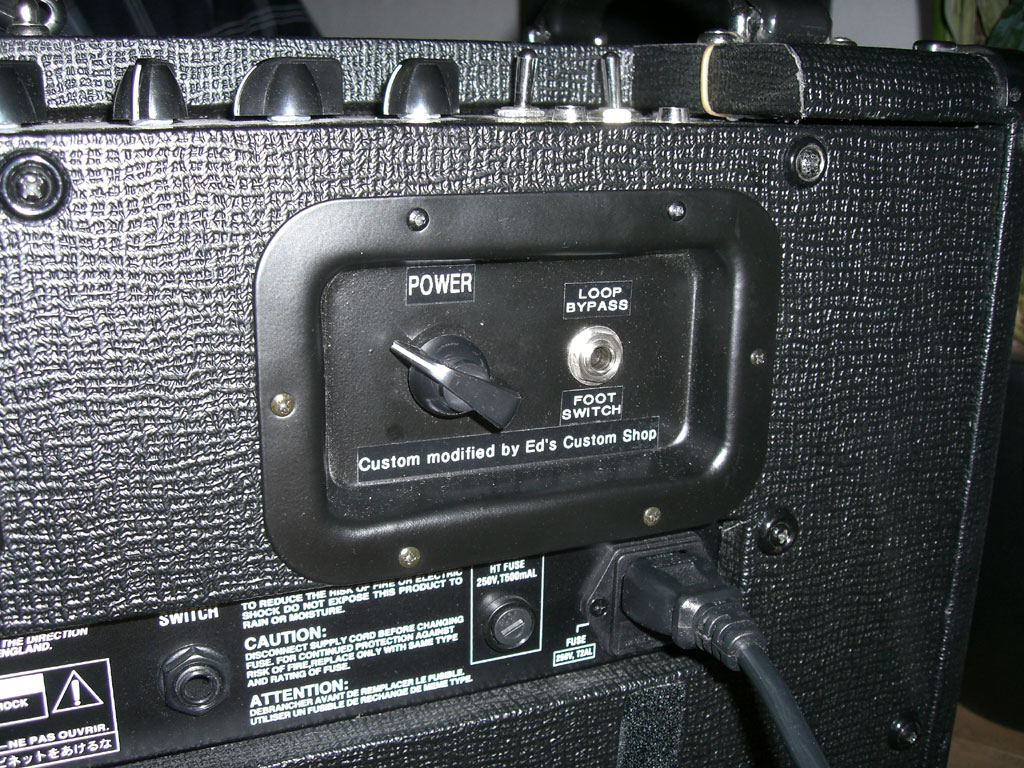 With the power scaling, running the amp at lower wattage actually saves tube life. This is a very welcome side effect, especially compared to attenuators which cause the opposite effect because tubes are mostly running very hot. In addition, the drastic loss of tone and brilliance caused by attenuators does not apply for the power scaling to this extent. However, even with the power scaling, we cannot expect a highly down-scaled amp to sound exactly the same as at its normal volume (we cannot ignore physics completely).

Power Scaling on AC30HW
There are different ways of implementing the power scaling with different results, depending on which parts of the amp circuit shall be scaled (usually it is the power section). You may ask: why scaling an AC30 and not using a lower wattage amp like an AC15 or AC4? Well, it is because a low-watt amp only has one compression point, one cusp of distortion and one loudness level through a speaker. Therefore, It just does not sound the same. To put it simple, a scaled AC30 is a completely different beast than an AC4 for instance. 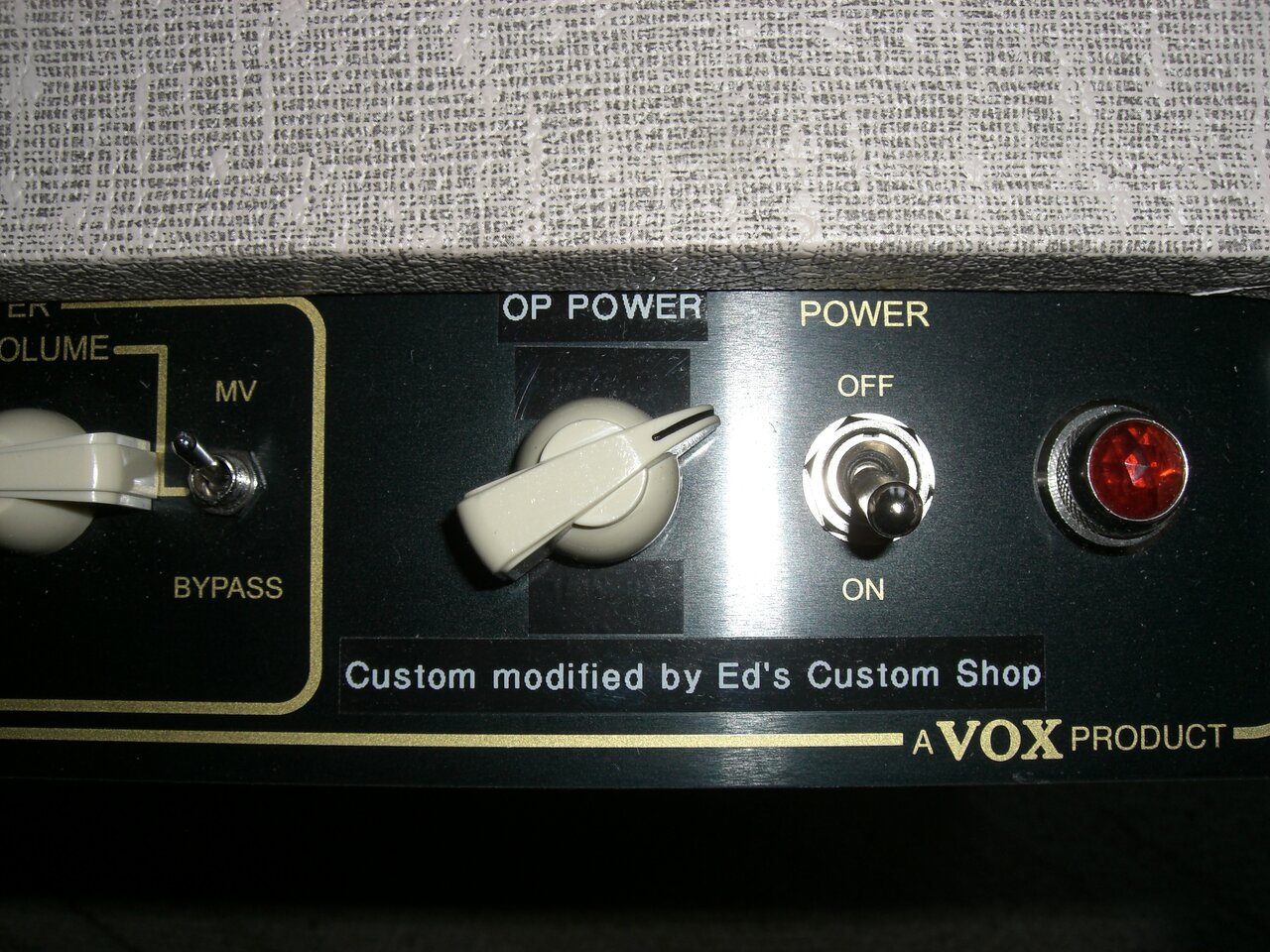 In summary, the power scaling enables stepless sound/power control, safes tube life and has no real drawbacks besides you have to mod your amp and may lose warranty. It’s usually priced about the same as a low/mid priced attenuator or even below, depending on your tech of trust of course. One the one hand, this mod is a great solution to achieve better/great sounds at lower volumes. One the other hand, it also provides a valuable new feature which is sensible control of the breakup and compression point. The bottom line is that we highly recommend the power scaling for the AC30 because this amp really benefits from this modification.

Moco, great article, I’m waiting for my London Power kit to arrive. I’m really interested in knowing more about power scaling my AC30HW2, are there any instructions with pictures of the process? I want to install the PS knob in the half-power switch position, just like the picture you posted in the article -while keeping the 30W/15W functionality. I’d love to see pictures of the guts or a schematic…

Hi mAx, great to hear from you! I think it would be a good idea if you get in contact with Edwin Thoen (http://www.edscustomshop.com/). He has installed the power scaling in both of my AC30s (AC30CC and AC30HW2, as shown in the pictures). Beeing no tech by myself, I can hardly help you with any technical details. However, I could take some gut pictures if I find the time this friday (don’t have the AC30HW2 at home). Besides, Ed is a great guy to deal with and I’m sure he will be happy to help you out with some technical knowledge.

Thanks for that info moco, I will definitely get in touch with your tech. Can I tell him that you referred me?
Also, did you keep your 30W/15W functionality or are you just running the amp in 30W and letting the power scaling do the job of the half-power switch?
Any picts you can take of the wiring would be highly appreciated whenever you have the time! Thanks a lot!

Yepp, just tell him that I referred you and he will know what’s up.
In my AC30, the scaling completely replaces the 30/15W switch. So it’s running basically at 30W with scaling turned all way off. However, I’m not quite sure how the downscaled amp to about 15W compares to the fixed 15W mode. Actually, I’ve never used the 15W mode much.
I’ll try to get a bit earlier to our band’s room so I find time to take some pictures.

Excellent! Another question, is the MV Bypass still functional or is it not needed anymore?
I imagine the amp is always in Bypass mode now?

The MV Bypass is still functional which makes a lot of sense in terms of tonal options and sound tweaking capabilities. However, you could fully bypass the master and only use the scaling. But at least for my taste it seems there is a lot more flexibility and practicability in using both controls in together to find the sweet spot.

Great info, thanks a lot!