Thanks a lot to Lyle Caldwell for sharing hix experiences on modding AC30s to vintage specs. 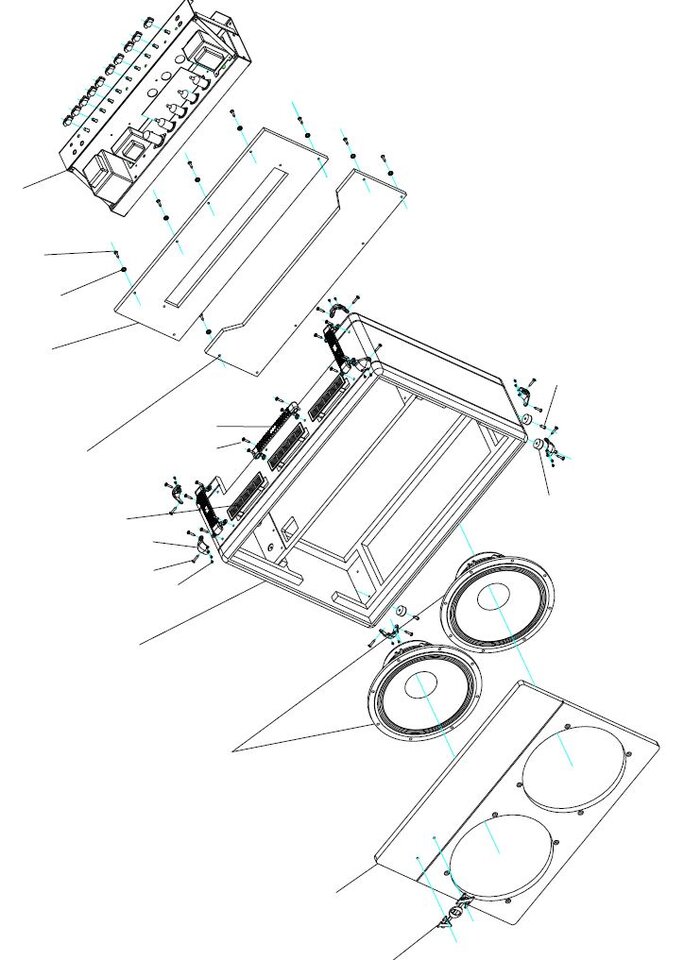 I work on a lot of Vox AC30s, from the '60s to now. They all have peculiarities. I'll start off with the Custom Classic series.
First, I'm not slagging this amp in the slightest. It's extremely well made and designed and can sound fantastic. In many respects it is a much better amp than the previous made in UK TBX series (I'll get into that later).
But it has a few drawbacks.

First, there was so much chattering on the net about "jangle" and "sparkle" and "Beatles" that Vox voiced this amp differently from other AC30s, to appeal to those who thought the amp should sound a certain way (even though AC30s don't sound that way at all).

History - the Beatles didn't use AC30s after the first record. The "jangly" Beatles sound was AC50s, AC100, various solid state Voxes, and Fender amps. The Byrds used a combination of DI and Twin Reverbs for their "jangle".

The AC30 has never been a "clean jangly" amp. In their natural state they are a wonderful amp when clean but they have low clean headroom and the real magic is when they are at the edge of clean and overdrive, where they break up and clean up responding to playing dynamics. Don't think Beatles/Byrds - think REM, U2, Yardbirds, Zeppelin. Not too dissimilar from the cleans coming from a Plexi, if the Plexi was being run into an open-backed 2x12.

Anyway, Vox voiced the Custom Classic to have a lot of clean headroom (too much IMO) and to be bright (too bright IMO). This especially makes the stock amp not take drive pedals too well as the overdrive sounds fizzy into such a clean bright preamp.

Here is how to make the amp sound/behave like a "proper" AC30.

1 - R6 and R7 are the plate resistors for V1 (Top Boost and Normal channels). In the Custom Classic they are 100K resistors. Change these to 220K resistors.

3 - Vox went with a 56pf treble cap in the tone stack (C16). Changing this to the "vintage" 47pf value very slightly reduces the treble.

5 - Vox effed up the effects loop due to a typo. In many Custom Classics there is a drastic loss of low end when the effects loop is on. Many people think "the loop sucks" as a result. It's actually a fantastic effects loop once one capacitor is changed.

The schematic had a typo - they put .22uf where they meant to put 2.2uf, and the factory followed suit. So all the earliest runs of Custom Classics have .22uf caps on C109. If you change this one cap to 2.2uf or larger (4.7uf, 10uf, whatever) all the low end comes back and the effects loop is absolutely great.

I called this cap to the attention of Vox a few years back, and for a while the factory was using the correct larger cap here. Then someone at the factory messed up a memo and the larger cap was being used for C108, not C109, and the low end problem returned. The larger cap is fine for C108, but C109 has to be larger than 1uf for the lows to be unaffected.

So, look at the board on your amp that has the effects loop jacks/switch. Find C109. If it is a yellow box cap, it needs to be changed. If C109 is an electrolytic (looks like a battery, not a box) you're fine.

These are just a part of the mods I perform on these amps, but these are simple, inexpensive, very important mods that many AC30CC owners could perform themselves. So here they are.

EDIT: For having a schematic you can search for the AC30CC Service Manual

Would it be possible to make these switchable, creating vintage and “modern” modes?

Lyle,after installing the mods above plus the ones listed by TwinACStacks onMarshallHeadsForum apparently explained by you I am now even more in love with the sound of my VoxAC30CC1 combo.Thank You.However when I use the linked input now(Top Boost and Normal channels) I find that the Normal channel is a lot louder than than the Top Boost channel.How can I fix it that the channels are more balanced .I understand that the gain is greatly increased in the Normal channel due to thls mod but I like this input to be a bit more balanced.Any help would be appreciated.Thanks.

That is because you have jumper the resistor before the volume control. I don’t think you will get that ” break up effekt” anyway because the signal is routed to an op-amp.

Hi, does it include the new custom series? I never had the CC2 so I can’t really make a comparison, my C2X seems thick enough (even too much sometimes especially the normal channel obviouslly) and its saturation spot is exactly at half way, please tell me if technically these features (excessive brightness and clean headroom) have remained in the new custom series, thanks

I’m also curious if these same mods work for the newer C2 amps.

Just wondering if you have any pictures of the mods done to look at. Some of this is confusing me a little as i’m not that well up on electronics but i would like to do these mods to my AC30cc2x.

I would like to see pictures or a video of the mods, too. I am thinking about modding my AC30cc2.

This guide contains typo in step no. 4.
There should be added 68pF capacitor between logs 2 and 3 NOT between 1 and 2 as is stated originally. It has be confirmed by Lyle.
If you will add capacitor between lugs 1 (ground) and 2, you will lose highs and the sounds will be mudy .
Du musst dich einloggen oder registrieren, um hier zu antworten.